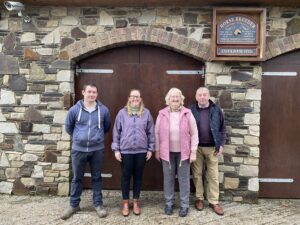 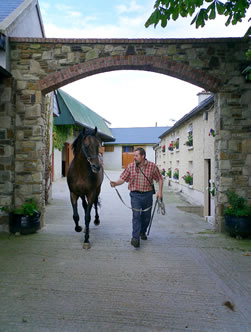 Knockhouse Stud has a long successful tradition of producing top class National Hunt stock. Located in the heart of one of Ireland's premier breeding regions, the 450 acre farm is now home to a team of stallions which offer breeders pedigree, performance, potential and considerable return on investment.

Three generations of my family have owned and managed the farm which was founded by my grandfather John Kinsella. The Leading National Hunt Sire ROSELIER stood here for 17 years alongside TAIPAN and REMAINDER MAN and sired many top class winners which boosted the farms reputation as a producer of leading performers on the racetrack. ROSELIER the French bred son of Misti VI who won four times in France retired to Knockhouse in 1981 and remained there until he died in 1998. He was without doubt one of the most influential sires of his generation, with leading progeny including BINDAREE, BARONET, SUNY BAY, THE GREY MONK, ALL THE ACES, THE LISTENER, KINGS MARK, PRIVATE PEACE and UP FOR THE GAME. 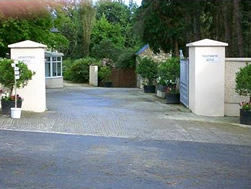 The Stud offers first class facilities for visiting mares, including excellent stabling, together with professional and efficient veterinarian care from Grange Equine Clinic.

Every care is taken to ensure that breeders receive first class service for their mare, while they are in our care and we hope they receive an excellent return on their investment.