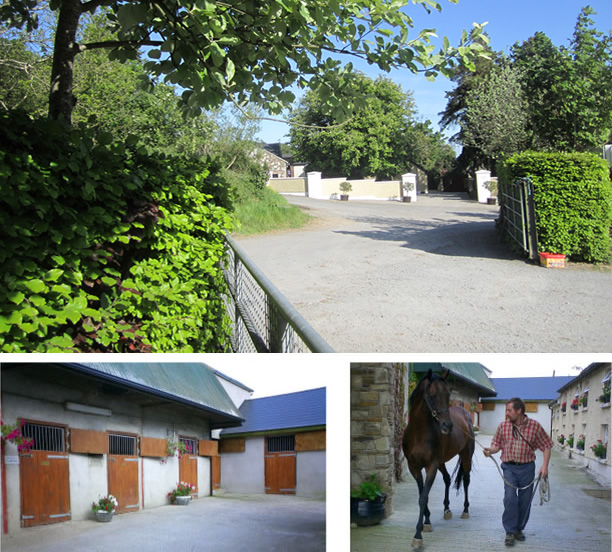 12-11-22 WORKING AWAY (Lot 33) was the Tattersalls Cheltenham November Sale's most expensive filly, was bought by Gordon Elliott for €333,000 and sold by Denis Murphy's Ballyboy Stables.

06-08-22 Scenic Look (88) (by Workforce) was the marquee performance on Wednesday as the four-year-old-filly looks to have found her optimum conditions; two miles on good ground. To support this view, the daughter of Workforce ran to the same time figure as when fifth to Maze Runner at the Curragh in June. Irish Field

01-06-22 Irish point-to-point trainers or their representatives were all over the sale's top ten board, the next one on the list failing to Murphy's Wexford ally Colm Bowe, who parted with €48,000 for a colt by Workforce, whose oldest Irish crop, conceived after a stint in Japan, are now aged four. Amateur rider/trainer Harley Dunne also took a shine to a son of Workforce, paying  €42,000 for a colt from Raheenduff Stables. Owner & Breeder June Edition

01-06-22 MAN AT WORK (by Workforce) Tom Malone teamed up with David Pipe to but Man At Work, from the first Irish crop of Derby and Arc winner Workforce, for £155,000. Man At Work has fallen at the final fence on his sole point-to-point run, but he was amoung a group of highly-rated horses and seemed set to be placed at least. Owner & Breeder June Edition